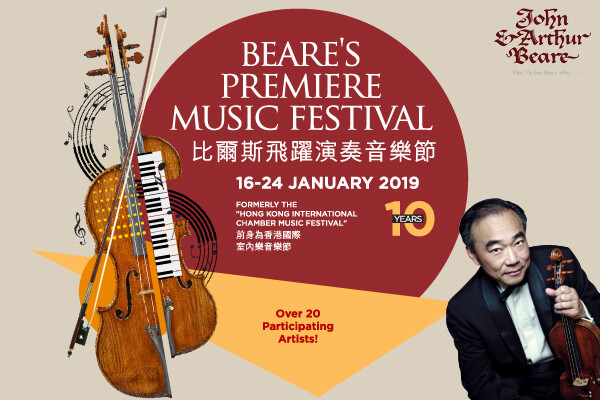 Hailed as “Hong Kong’s cultural landmark” by the South China Morning Post (SCMP), this year’s festival will be the first to include J & A Beare (Beare’s) — which was recently announced as the long-term title sponsor. Beare’s has been recognized as the pre-eminent experts in the field of fine antique stringed instruments and bows since its founding in London in 1892. The company brings over 120 years of international authority and is the leading instrument dealer for the world’s top classical musicians.

The Festival also welcomes the return of Cho-Liang Lin as Artistic Director for the 8th year. An alumnus of the storied Juilliard School, Cho-Liang Lin has performed with major orchestras all over the world since his debut concert in 1980. His albums have won Gramophone Record Of The Year, Grammy nominations and Penguin Guide Rosettes. Cho-Liang Lin is currently a faculty member of the Juilliard School, a professor at Rice University, and just retired after 18 years as the music director of the La Jolla SummerFest.

Highlights of the 2019 Beare’s Premiere Music Festival will include famed mezzo-soprano Joyce DiDonato’s In War & Peace, a collaboration between mandolin superstar Avi Avital and the Dover String Quartet, and a concert dedicated to music of the Tango.

The Festival will see the Asian premieres of David Bruce’s Cymbeline and George Tsontakis’s Portrait by El Greco; and the Hong Kong debuts for the Dover Quartet, Paul Huang, and Julian Steckel.
Tickets are on sale now to see world class performances at Beare’s Premiere Music Festival 2019:

For more information and to reserve tickets, visit the Premiere Performances website: www.pphk.org/festival/beares-premiere-music-festival-2019/. 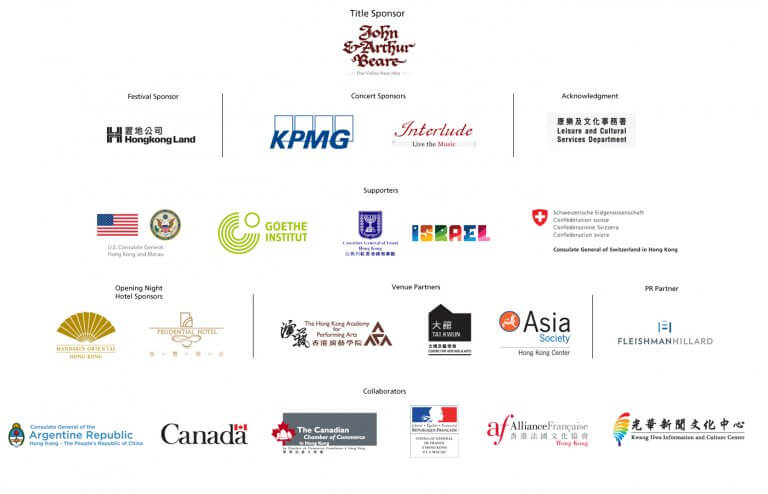 Premiere Performances of Hong Kong is financially supported by the Art Development Matching Grants Scheme of the Government of the Hong Kong Special Administrative Region.

The content of these programmes does not reflect the views of the Government of the Hong Kong Special Administrative Region.