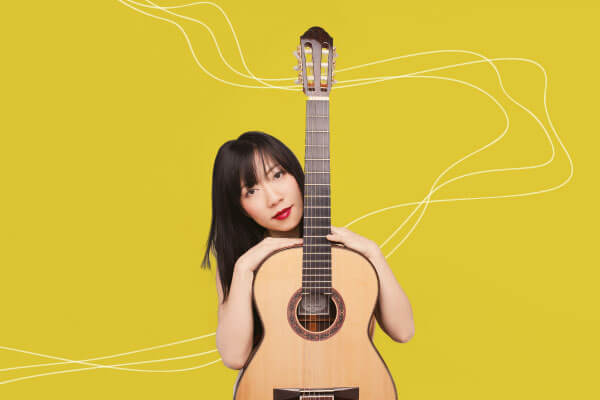 Selected as one of Classic FM’s “100 Best Artists of Our Time” and BBC Music Magazine‘s “Six of the best classical guitarists”, Xuefei Yang is the first internationally recognised Chinese guitarist on the world stage. The acclaimed guitarist has made appearances in over 50 countries at numerous prestigious venues including Wigmore Hall (London), Philharmonie (Berlin), Concertgebouw (Amsterdam), Carnegie Hall and Lincoln Centre (New York City).

Gramophone magazine praised Xuefei as “one of the leading innovators of her generation for continuing to build the guitar repertoire”. For her Hong Kong recital, in addition to her signature Spanish and Latin guitar repertoire, Xuefei also pays homage to her homeland with her own beautiful arrangements of traditional Chinese melodies lesser known to the Western guitar community.  She brings a fresh perspective to Chinese music, as well as opening a door to new repertoire for the guitar.

Find out why The Strad Magazine comments “Xuefei Yang proved to be a most impressive advocate for her instrument.”

Join us in this pre-recital zoom chat with the star guitarist Xuefei Yang,  who will share insights to her upcoming recital programme.

Audiences will be seated according to social-distancing guidelines.
Audiences must observe the special measures implemented by the venue in response to the COVID-19.

Xuefei Yang is invited through a special collaboration between Premiere Performances and the Hong Kong Philharmonic Orchestra.  Xuefei Yang will also be performing with the HK Phil on 10 & 11 Dec in “Xuefei Yang | Sketches of Spain”.  Book both concerts at URBTIX in the same transaction for 10% off.