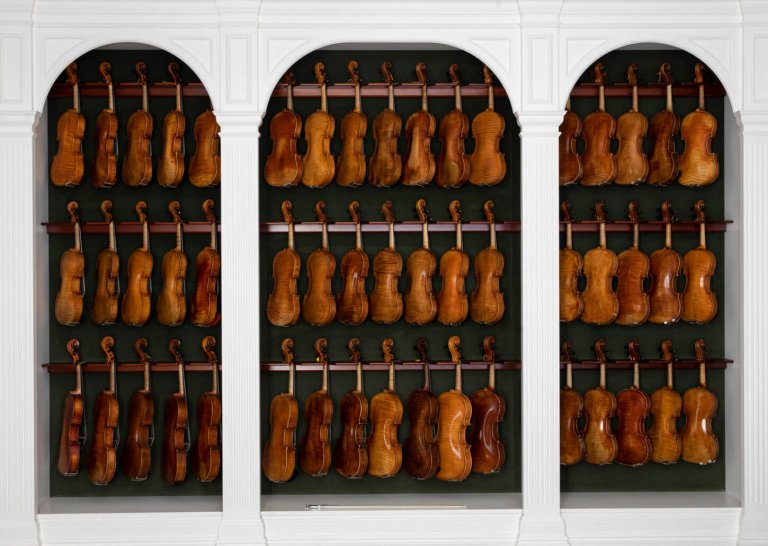 Representatives from the world’s foremost instrument dealer, J & A Beare in London, offer their insight into the investment potential of fine stringed instruments.

In the times of economic uncertainty, there is an increased demand for alternative investments. Steven Smith, Managing Director of J & A Beare, offers an insight into why antique instruments have proven to be such a strong investment, surpassing main-stream asset classes through the decades without price volatility.

You will learn more about the history of violin-making, including those built by Stradivari and Guarneri in the 17th and 18th century, understand the latest investment trend of this alternative asset class and why the marriage of investment and philanthropy is so attractive at this current time.

The event will also feature So-Ock Kim, Professor of Violin at Royal Academy of Music and Artistic Coordinator at Beare’s International Violin Society, who will demonstrate a Stradivari and a Guarneri del Gesu violin. 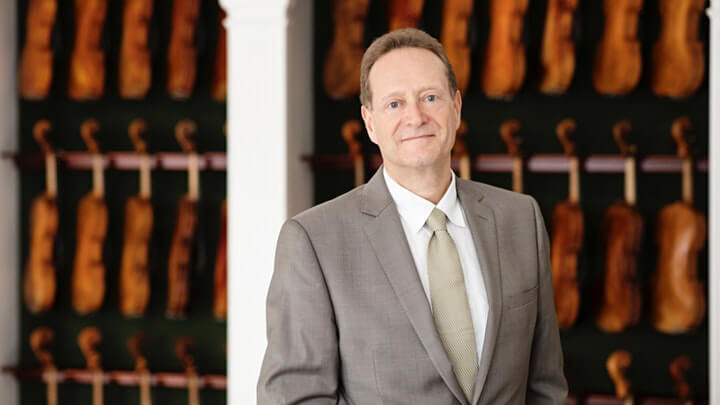 Steven Smith is the Managing Director of J&A Beare-the world’s pre-eminent fine instrument dealer with a history dating back to 1892. Steven has been passionate about instruments from an early age, both as a performer and collector. His directorship of J&A Beare began in 1998, the company already being world renowned for its expertise in fine Italian instruments.

Steven is a strong advocate of the impact of philanthropy and of the importance of the arts through education. The Beare’s International Violin Society which he founded in 2011, supports both established and young artists in developing their careers and has facilitated over 160 instrument loans. Recipients include Janine Jansen, Vilde Frang, Vadim Repin, Kian Soltani, Pablo Ferrández, Quatour Ebene and the Dover Quartet.

Steven has been directly involved in the majority of the finest instrument sales including several world record breaking deals such as six great instruments sold to a client for forty-two million USD in 2011 – the size and scale being a first in the industry. Clients include Itzhak Perlman, Kyung Wha Chung, Joshua Bell, Nigel Kennedy, Zubin Mehta, and institutional organisations such as the Austrian National Bank, Nippon, Dextra Musica, Prokopp and Anne Sophie Mutter Foundations, Mariinski Theatre, London Symphony Orchestra, Amsterdam Concertgebouw, and the Australian Chamber Orchestra, amongst many others. As well as his passion for matching instruments to musicians, he acts as expert and advisor to individuals and institutions in handling their instrument investments.

The soon to be completed J&A Beare fine violin index (audited by KPMG) will demonstrate the attractiveness of fine instruments as an outperforming asset class using their own proprietary data over many decades. The unique combination of contacts, research, technology and great restoration underlines J A Beare’s approach to fine instruments. 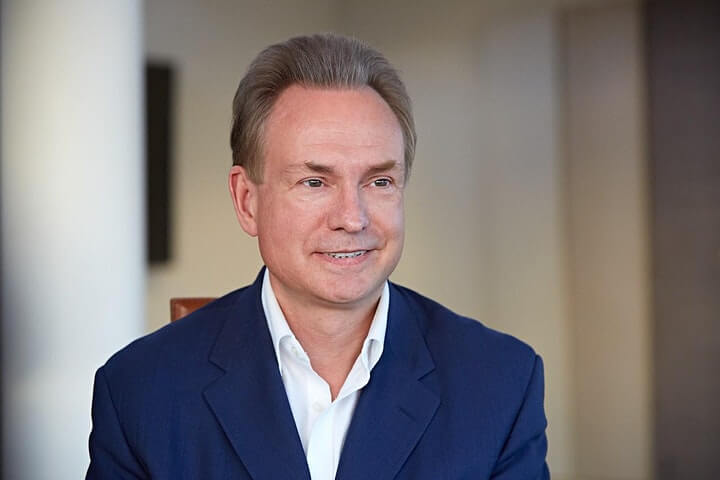 Jonathan Moulds currently serves on the Boards of two public listed companies, as Senior Independent Director of IG Holdings, a world leader in derivatives trading and as Chair of Litigation Capital Management, one of the most experienced and successful litigation funders. He is an active personal investor with a keen interest in alternative assets.

Jonathan most recently served as Group Operating Officer of Barclays PLC. Prior to that he was head of Bank of America’s European business until 2013 and became Chief Executive Officer of Merrill Lynch International following the merger of the two institutions in 2008. He has worked for extended periods in key financial centres in Asia, Europe and the US during his 30 year plus career in financial services. He has been a member of a number of industry boards including the Association of Financial Markets in Europe (AFME), the Global Financial Markets Association (GFMA) and the International Swaps and Derivatives Association (ISDA).

Jonathan holds a number of roles at organisations he has a personal interest in. He is the current Chairman of the London Symphony Orchestra (LSO) Advisory Board as well as Chairman of the LSO Development Board. Many of his other charitable interests involve education and the Arts. He was awarded a CBE for services to philanthropy in the Queen’s New Year’s Honours List 2014.

About J & A Beare

For over 125 years, J & A Beare has built a reputation as the world’s most respected violin dealer and expert through authenticating, valuing, selling, making and restoring instruments and bows of exceptional quality.

Beare’s has since developed significantly, focusing on the purchase and sale of the world’s rarest and greatest instruments, backed up by detailed research and a world-leading restoration team. The company purchased W E Hill & Sons in 2016 and retains remarkable handwritten original records dating back to 1880, a catalogue unique to the industry detailing the purchase and sales history of thousands of the world’s finest instruments. Along with the J & A Beare database and access to Wurlitzer and other significant records, this combination sets itself apart from any of the other leading dealers.

Beares Publishing company is currently completing the most authoritative work on Stradivari instruments. The work – to be published in 2022- will comprise six volumes of detailed photos and iconology incorporating the most exhaustive study of this maker’s work ever compiled. In addition, working in collaboration with Sky Arts, a documentary will be aired in mid 2021 pulling together several of Stradivari’s greatest violins with recordings by Janine Jansen and Sir Antonio Pappano produced in collaboration between Decca Universal and J&A Beare.

Steven Smith, Co-Managing Director of J & A Beare and his wife So-Ock Kim, established the Beare’s International Violin Society in 2011, with the aim of supporting young talented musicians through the loan of the finest stringed instruments.The Society brings together patrons who own instruments with the rising stars who play them. To hear more stories about art patronage, click here.